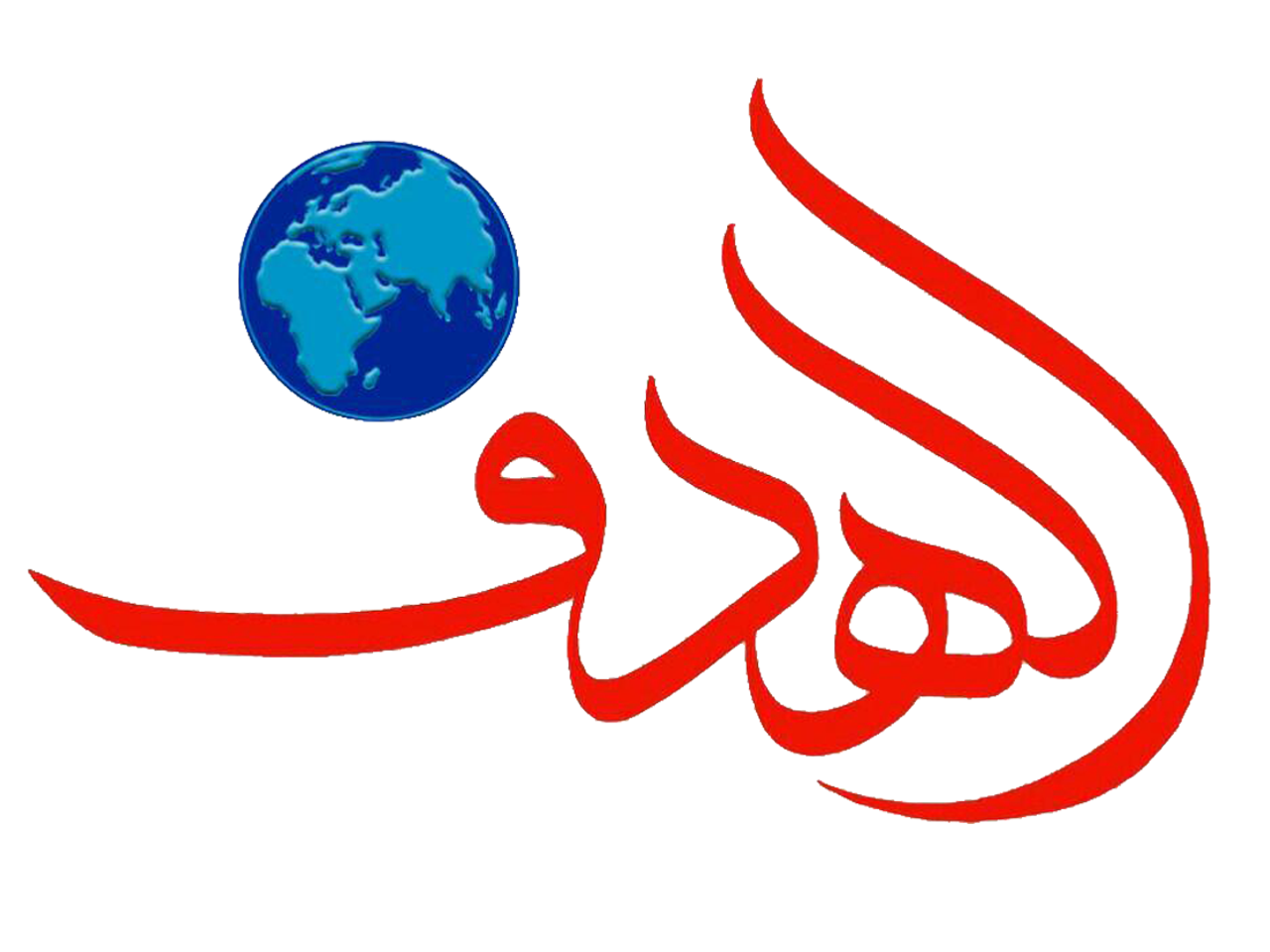 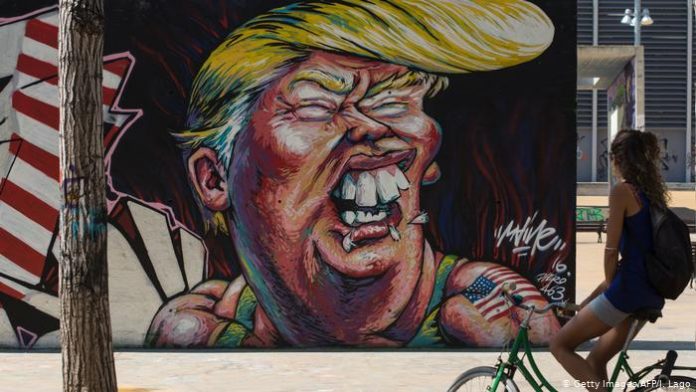 Speaking from the Rose Garden on Monday evening, Donald Trump issued an unprecedented threat from an American president: that he would send “thousands of heavily armed soldiers” into Washington, D.C., to quell protests and would follow by invoking the Insurrection Act to deploy the military into other U.S. cities if mass protests against police brutality continued.

As he spoke, federal law enforcement officials working alongside military police officers fired projectiles and tear gas upon American citizens protesting peacefully just yards from the White House so that the president could be photographed holding up a Bible in front of a nearby church.

Democrats and a former military official condemned the president’s surreal display of authoritarianism. Rep. Jennifer Wexton (D-Va.) called Trump’s orders “the actions of a dictator.” Rep. Pramila Jayapal (D-Wash.), co-chair of the Progressive Caucus, said Trump was “unleashing authoritarian violence on our fellow Americans.” And retired Gen. Martin Dempsey, a former chairman of the Joint Chiefs of Staff, declared on Twitter, “Our fellow citizens are not the enemy.”

“He’s using the American military against the American people,” presumptive Democratic presidential nominee Joe Biden tweeted. Sen. Elizabeth Warren (D-Mass.), a recent contender for the nomination and a possible vice presidential selection, tweeted, “Lives and our democracy are in danger.”

Elected Republicans were mostly silent; a few suggested that Trump adjust his tone.

Twenty minutes before a 7 p.m. curfew in D.C. went into effect and moments after Attorney General William Barr observed the police line near the White House, federal law enforcement fired tear gas into a peaceful crowd as protesters raised their hands and chanted, “Don’t shoot.”

The violent attack on protesters was an apparent effort to clear the area in front of the White House so Trump could walk to St. John’s Episcopal Church to pose for a picture at the historic church, which was burned during unrest the previous evening. The president wanted to project a show of strength after The New York Times reported Sunday that he had retreated to a bunker in the White House that intended for use during terrorist attacks.

Bishop Mariann Budde, the Episcopal bishop for the Diocese of Washington, told a Washington Post reporter that she was “outraged” and that church officials were never told “they would be clearing with tear gas so they could use one of our churches as a prop.” On CNN, she said Trump’s message was “antithetical to the teachings of Jesus and everything that our churches stand for.”

Washington Mayor Muriel Bowser called the actions of federal police “shameful” and said they acted without provocation. An official in Arlington, Virginia, which was assisting with the police response, said they ordered Arlington Police out of the city, saying a mutual aid agreement was “abused to endanger their and others’ safety for a photo op.”

In the televised Rose Garden speech, after days of police violence against civilians protesting police killings of Black Americans, Trump threatened to invoke the 213-year-old Insurrection Act to deploy the military into cities. He encouraged cities and states to deploy the National Guard “in sufficient numbers that we dominate the streets.” In places where mayors and governors do not respond aggressively enough to quash protests, Trump said, “I will deploy the United States military and quickly solve the problem for them.”

Defense Secretary Mark Esper told governors on Monday to approach the protests like a battle against their citizens. “I think the sooner that you mass and dominate the battle space, the quicker this dissipates and we can get right back to the right normal,” Esper said in a White House call with governors, according to audio obtained by The Washington Post.

Trump’s threat to send heavily armed federal military personnel into American cities to enforce order against the wishes of their elected officials is of questionable legality. The Posse Comitatus Act limits the federal government from enforcing domestic policy with military personnel. The Insurrection Act only permits the president to federalize the National Guard and deploy other U.S. armed forces at the request of a state government or if a state government is incapable of protecting its citizens. It has only been invoked in a handful of cases, including to protect the Little Rock Nine in Arkansas in 1957 and in the midst of the 1992 Los Angeles uprising over acquittals in the Rodney King beating.

The American Civil Liberties Union’s Hina Shamsi called the plan “irresponsible and dangerous” and said that no “level-headed governor is asking for an even more militarized response to civilian protests against police brutality and systemic racism.”

“President Trump is not a dictator and he doesn’t have the right to unilaterally deploy US military across American states,” tweeted New York State Attorney General Tish James.

Although that may legally be true, Barr has an extraordinarily wide view of executive power, and the Justice Department’s Office of Legal Counsel has imposed few limits of Trump’s power, justifying many of his whims throughout his presidency.)

The president’s threats follow a coordinated effort by the federal government to inaccurately characterize a nationwide grassroots protest movement against police brutality as an insidious effort by domestic terrorists to destroy the country.

Trump tweeted Sunday that he would label antifa, a term that applies to loosely organized groups of anti-fascists, as a domestic terrorism organization. Although current law does not allow the federal government to prosecute members of any domestic group the way it treats foreign terrorist groups, like al Qaeda, the proclamation is likely to encourage prosecutors to pursue aggressive charges designed to maximize prison sentences against protesters.

“As we speak, I am dispatching thousands and thousands of heavily armed soldiers, military personnel and law enforcement officers to stop the rioting, looting, vandalism, assaults, and the wanton destruction of property,” Trump said Monday in the Rose Garden. “Organizers of this terror,” Trump warned, will “face severe criminal penalties and lengthy sentences in jail.”

Reading from a teleprompter, Trump said at the White House that he was “rightly sickened” by the death of George Floyd, a Black man who died after a police officer in Minneapolis used his knee to pin him down by his neck for eight minutes, despite Floyd being unarmed and handcuffed, and disregarding his pleas that he could not breathe.

Trump’s speech did not include a single mention of excessive use of force by police. Law enforcement officers throughout the country were recorded on video over the weekend driving vehicles through crowds of people, beating nonviolent demonstrations with batons and hitting protesters and journalists at close range with tear gas and rubber bullets — even firing upon people sitting on their own porch.

The president said Monday that he supported peaceful protests, even as federal law enforcement fired tear gas, pepper balls and flash-bang grenades at nonviolent protesters just outside the White House. He claimed without evidence that peaceful protests had been infiltrated by “professional anarchists, violent mobs, arsonists, looters, rioters, antifa and others.”

“These are not acts of peaceful protest. These are acts of domestic terror,” Trump added, detailing misleading and sometimes exaggerated examples of property destruction and violence that he linked to the protesters. “I am mobilizing all available federal resources — civilian and military — to stop the rioting and looting, end the destruction and arson, and to protect the rights of law-abiding Americans, including your Second Amendment rights.”

Cable news networks broadcast Trump’s speech in a split-screen alongside footage of law enforcement officers firing at protesters as they tried to retreat. The sound of exploding flash grenades could be heard in the background as Trump described himself an “ally of peaceful protesters.” 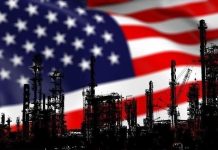 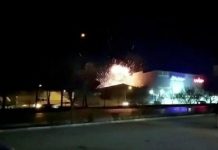